When Our Whys Are Met with Silence, We Rest... 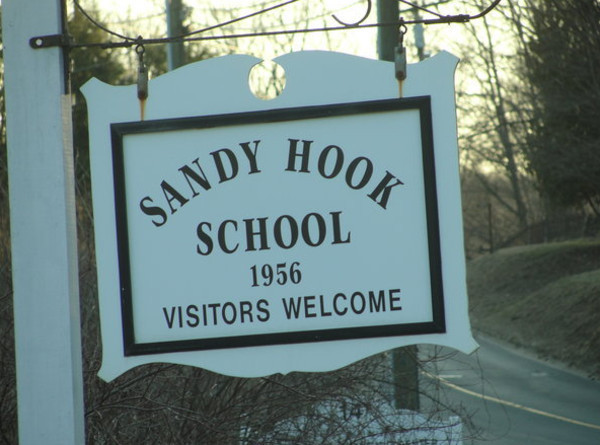 The psalmist rivets to our hearts the reality we live in. Sinners rage and plot against the purposes of God.

He has created the universe and determined to sprinkle throughout His world image-bearers. These image-bearers proclaim, by their very existence, that there is a King who rules all that is and He is YHWH. (Romans 1)

Everyone everywhere either submits to the rule of this King or they push against it; they rage and plot.

When we sin, we plot against His rule. Our hearts rage against Him. The ultimate manifestation of this plotting and raging is the taking of human life; defacing and destroying His image-bearers. It is evil and the goal of Satan himself (Revelation 12).

As we watch and listen to the grieving parents, take in more details of the murderous rampage in Newtown, we legitimately ask the same questions the psalmist asks in Psalm 2.  Why?  Why!?!

And when we ask why; we will seek answers in one of two ways, as plotters and those enraged, or as submissive servants.

The plotters and enraged ask the legitimate "Why?" question in unbelief. They choose not to attribute chaos and tragedy to His rule.  They choose to reject His reign and His revelation of Himself to all peoples.  They might say: "If Jesus is King, then He should have stopped this. If King Jesus rules, He should have intervened.  The King must have abdicated His throne. Because, if He was ruling, these tragedies would not have happened." Be warned, fellow-strugglers, if these are your words, they are indictments against the One True King and they come from hearts that rage and plot against Him.

And the plotters and the enraged are warned to be wise; they are called to turn their rage into a submissive kiss.  Those who refuse will be broken, dashed to pieces by King Jesus.  Those who submit will find their only refuge in Him.

Evil is evil precisely because our King reigns! The only way to begin to process evil is in the context of the only Good, Wise and Perfect King who rules every molecule and every movement at every moment. There is no other basis to recognize evil as evil.

Evil exists and this is not the way it is supposed to be. We weep and and our hearts ache.  So many have had their lives upended by so much evil. Christians are those who are duty-bound to genuinely grieve. We grieve for the inconsolable survivors. But we also grieve because we are reminded that sin, in all of its manifestations, cost our Triune God an incalculable price. The Father broke the Son, He dashed Him to pieces. The King not only rules and reigns over the raging, plotting chaos we see; He subjected Himself to it. In His death, resurrection and ascension and with a deafening command He has answered all evil everywhere once and for all.  Christmas time splashes this truth all over us and it is our only hope.

Fellow saved sinners, by God's grace, we may never choose to inflict such horrific suffering as Lanza, Holmes or Cho. But may we never submit to the lie that the real problem is found outside of us. We must recognize our treasonous ways, the ways we plot and rage against our King in our sin, confess it and then return submissively to Him

The hope and refuge offered to the raging nations and the plotting peoples in Psalm 2:10-12 is the hope and refuge found only in our King who presently reigns. In the face of such unspeakable acts, we can only rest in Him; the One who has been set on Zion, His holy hill.

We are speaking God's Word after Him when we ask why; Why? Why do the nations rage? Why do the peoples plot in vain? We must ask the question. But let's not settle there.  Let's keep moving, like Psalm 2 instructs us and then, with tear-drenched eyes and heavy but open hearts look heavenward and beg for the quick return of our King who will, one day, set all things right.

[Based on the sermon on Psalm 2 preached at Grace Community Presbyterian Church, Fort Worth, TX on December 16th, 2012.]