In It, But Not Of It

March 29, 2016
A recent situation at the public high school where my oldest two attend has been a topic of conversation in our home. 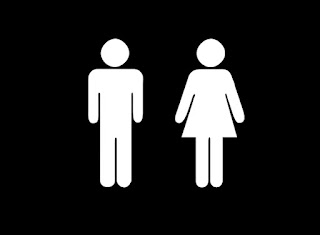 Those who sympathize with the female student have begun to protest. She should, they argue, be able to enter the boy's bathroom if she identifies as a boy.

Another group of students gathered around the flagpole during the protest to pray for the school and all involved.

My high school daughter was registering her outrage and frustration with a particular class. It is in this class where the students are invited to speak freely about issues of the day. On this particular day, there were many voices in support of the female and outrage at the stance of those who do not support her. As if these students are taking a page out of the "grown-ups" playbook, the conversation was a free-for-all where there was much demonization and name-calling, exclusively, as she told it, towards those who believed boys should use the boy's bathrooms and girls should use the girl's bathroom. Bigots! Homophobes! Closed-minded! Republicans (gasp)! Christians (double-gasps)! Frustrating, but not surprising. My high schooler was all worked up. She is not a bigot or a homophobe or a Republican (too young to vote), but she is a Christian. She did not like, one little bit, that Christians were being "thrown under the bus". She was defensive and agitated.

My 8th-grade daughter was quietly listening to all of this. As the conversation with my high schooler began to trail off, my 8th grader chimed in (as the high schooler went upstairs).  She had tears in her eyes (which eventually became a cry): I'm paraphrasing, but here is what she said: 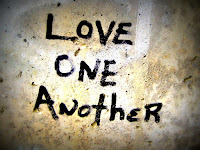 "I keep thinking about that girl at the high school. She is getting a lot of support, but I know she is probably getting a lot of criticism too. And I keep thinking, what would I say to her if I saw her.
I don't agree with her. I think she is wrong. She should go to the girl's bathroom, even if in her head she thinks she is a boy. I don't even know what that means.
But doesn't God call us to love our neighbor? Doesn't He call us to love our enemy? Dad, if I saw her, I wouldn't want to argue with her or tell her I disagree with her. I think I would just want to be kind to her. Something tells me she is hurting or unhappy. I feel bad for her. Loving her or being kind to her is the most important thing, don't you think?"

Two very recent and relevant blog posts can be found here and here. It would encourage you to read both of them.