I was grateful I stuck with this book and didn't toss it after reading the ridiculously poor chapter 1.  This chapter was encouraging and convicting.

As the chapter title indicates, a preacher's piety is a necessary part of the make-up of the man.

Piety, he writes, is ultimately a man's close communion with God.

The author addresses impediments to a preacher's piety.  And this section was full of real-life and historical illustrations.  He talks about how Calvin was struggling with health, the adultery of his daughter and the betrayal of friends.  He wrote to one of his friends that he would "...rather submit to death a hundred times than to that cross on which one had to perish daily a thousand times over." (page 71)  The pastorate for Calvin was extremely difficult. It was Calvin's substantive life of prayer, his commitment to reading, meditating and studying God's Word resulting in his deep walk with God that was his line of defense against all of his pressures.

Breakdown of piety happens when pastors do not take seriously the call to self-denial.  After a brief reflection on the advantages of a monastic sort of life (?), Hulse defines self-denial as making feelings, desires and comforts being second to what God would have one do.

Nervous tension brought on by pastoral ministry can often undermine a man's piety, he argues.  Worries regarding the man's marriage or struggles in his child-rearing can overwhelm him and undercut his relationship with his God.   The demands of shepherding, and the 'apparent' ineffectiveness of God's means of grace can beat up a man's desire for communion with God.  Hulse provides an attitude adjustment here, reminding the pastor that he is in the business of ministering to hurting souls. "Whoever heard of a doctor grumbling because his patients are ill?" (page 75)

Piety can be destroyed by moral failure. He speaks gently but forthrightly about the temptations that are faced by the pastor and how he should pray Job's prayer; making a covenant with the eyes so as not to look at a girl lustfully (Job 31:1).

I was probably most convicted by and grateful for his brief passage on how pride and selfish ambition undermine the man's piety.  The pastorate, he argues, has many pitfalls to pride; intellectual pride (a pastor should be learned), ministerial pride (respect and honor that can come with the pastorate) and the pride of acclaim.  Pride guts piety.

And finally, the breakdown of piety can happen when the pastor compromises truth and neglects the means of grace.

He concludes this chapter looking at the life and piety of Jesus.  These final pages have a bit of an anecdotal feel to it, but to the author's credit, he does mention, albeit briefly, the necessity of our union with Jesus and from that we are empowered to pursue holiness and godliness.

This chapter was almost a positive example of how to write about The Minister's Call and was such a pleasant and encouraging read. 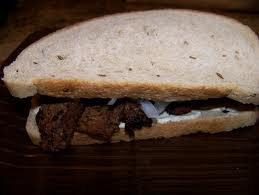 So far then, there is the Packer introduction, which was pure gold.  Nederhood's first chapter which was newspaper used to wrap a fish.  Hulse's chapter was copper, valuable and insulating.  Or, to choose another metaphor; Packer and Hulse provide a hearty nutritious wheat-based bread with wonderful and tasty chunks of nuts and grain embedded within, but Nederhood is the rancid meat stuck between.  Throw the meat out and chew slowly the tasty bread.