Election or Not, We Are United 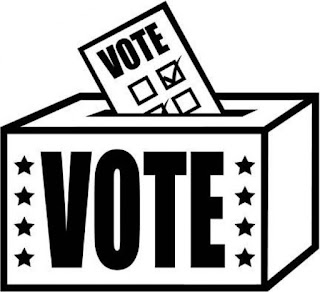 I've probably lost my ever-loving mind posting on such an issue.

This has been, for many, a very contentious and discouraging election season. Families have been at odds, friends find themselves in pitched battles with one another and Facebook comments between Christians have seen an exceeding number of exclamation points and angry face emoticons.
However, regardless of the vote you cast and for whom, we should not be divided as friends, families and fellow Christians. Let me make my case by laying out four categories of voters (there are probably more, but work with me). These categories, in my view, are legitimate reasons to cast your vote (or not) for whoever you think you should cast your vote for.
If that is the case, Christian charity (patience, grace, love) compels us to understand one another.
It is an opportunity to listen to one another with humility. We may disagree, but that disagreement should not be a barrier in our relationship (or, even worse, destroy them).

I will concede that there will be overlap in these categories. That is a positive and should encourage even more understanding between all who differ (we might agree more than we think!).
Forgive the alliteration, but remember, I'm a preacher.

Partisan--This is not a pejorative category in the way I'm using it. In fact, I think it is a positive. This would be the voter who is a committed party person, perhaps from generations of committed party family members. I come from an (extended) family, on my mother's side, that was dyed in the wool Democrats. No matter who was running for what office, if they had a "D" by their name, that is who would receive their vote. I get that. It may be as much an emotional, traditional vote as it is anything else. Loyalty. It can be a good thing.

Pragmatic--In this election, the case is made for the anti-vote.  You must vote for candidate X in order to keep candidate Y from the Oval Office. The distaste and distrust of the opposing candidate are at such a fever pitch that a vote for the other one is a necessary defensive move. This too makes sense to me. I think most would agree that the presidential candidates for both parties are not stellar. Both parties have hesitancies with their candidates. If we can agree on that, then let's allow for a continuum of distaste and distrust among those we may disagree with. Voting against someone can be a legitimate position, especially in this election.

Policy--For those who are wonky, they will be motivated by the policy promises rather than the politician making the promises. This category is closely related to the partisan category in most elections. This election may be different in that, it is argued, the Republican candidate for President has awakened the recently disaffected voters who have been let down by both political parties in the last couple of decades. The means to "Making America Great Again" has been rooted in policy, no matter how ill-defined, that has caught the attention of those who say the "establishment" has forgotten about them. It can be a good thing when those who have previously complained and checked out of the process begin again participating as voting citizens.

Principle--Finally, there are those who say their conscience will not allow them to vote for one or the other or either candidate based on the character of the candidate(s) running. For these people, principle outweighs their partisan loyalty, any pragmatic reasoning or policy concerns. Although we may not agree that their conscience or their principles are more important than our partisanship, our pragmatism or a candidate's policy promises, we should respect their stand on principle and be grateful for it. Having principled people is a good thing.

For those of us who are Christians, we know (and bow the knee) to the One we recognize as King. We know our refuge is in Him and not in who will win the presidential election. (Psalm 118:9).
He is the One who unites us to Himself and to one another.
Living in light of this should encourage us to listen and speak with charity and grace with those who might disagree with us.
This is because our unity supersedes political parties and elections. It is deeper and eternally sturdy because of the work of our King. Our unity is one of the primary means of being witnesses to a lost world (John 13:34-35)
So, the truth that Jesus is our King must carry with it an admonition too. We must not let the current election season divide us.