November 14, 2016
I was captivated by the election returns in November.

When I got home Tuesday night, November 8, I predicted to my family that the election would be over by 10pm, with the winner declared and a concession speech given no later than 11:00. I assumed Mrs. Clinton had it in the bag.

As the night eased into the early morning hours, the rhythm of the night was favoring Donald Trump. I was captured. I had to see how it ended.

After watching Donald Trump give his first speech as President-elect I climbed into bed around 2:40 early that Wednesday morning. I'm 54 years old. I haven't seen 2:40am (on purpose) in years!

I tackled the day in a fairly sluggish way.

The wacked out rhythm of election night that captured me had consequences. I was less sharp, less focused and probably less productive.  My lack of rest negatively affected my day of work.

As I slogged through the day on Wednesday, regretting my late night, I thanked God for the rhythm He graciously calls me to every day...every week. Work six days. Then rest. Then do it again. Rhythm.

I prayed that I would be captured by this rhythm more and more. 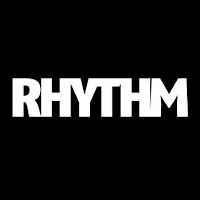 It is the rhythm God modeled for us (Genesis 2:1-3).
Then He called us to follow Him in following it.
From the creation of the world, this rhythm is given to us as a gift from Him.

Your work, the quality of it, your ability to focus on it, giving yourself over to it is necessarily related to how rested you are (or aren't). Rest well. Work well.

The rest that the Bible calls us to is a particular kind of rest. It is not just rest in the "take a nap" sense (although that can be a part of it).  But rest in the fact that Jesus is King and rules the universes. Things are unfolding just as He is determining they should. I don't fret about tomorrow. I trust Him and His rule. That is rest.
Rest in the work of Jesus, applied to me by His Spirit, where I'm forever received and kept in Jesus. So I don't fret about whether I'm accepted by my Heavenly Father. Even in all of my sin, I trust Him and His work. That is rest.
I rest in the love of Christ which He has set on me. It is an eternally reassuring comfort to know with Spirit-born confidence that I am loved by the Triune God; Father, Son and Spirit. That is rest.
You know what can undermine the call to work hard and rest well? Worry and fretting.  A lack of trusting Him. Not resting in Him.

But here is the great thing...the Day of Rest God has modeled for us and called us to is now called The Lord's Day. On that particular day of rest we are called to stop our work and to give ourselves over to God's ordinary means of grace where these truths should be prayed, sung and preached on. It is here where we are reminded of these glorious truths. This then enables us to meditate on them, to marinate in them for the coming week of work.
On the Lord's Day gather with God's people in a Bible-believing, Bible preaching church to worship King Jesus, your Savior.
Then, take these truths into the week God has given you. For those six days, rest in these truths.

This is a gift. God modeled it for us and now calls us to follow Him in it.
Do not neglect His Day. He made you for it and made it for you.